PhD Project: The value alignment problem is concerned with designing artificially intelligent systems which behave according and with respect to human values. A critical component of this problem is shaped by the fact that humans are not always consistent in which values they support, nor the priority they would assign to each value. This sub-problem is compounded when you consider a group of humans who may have different ideas about which values are worth supporting and in what order. I am considering whether a didactic dialogue between a human and machine participant, in which the machine intends to learn a representation of the human’s morality, could be used to address this sub-problem of value alignment. In such a system, the machine would help elicit and resolve contradictions or inconsistencies in the model the human explains. To explore this further, I intend to design an argumentation-based dialogue system where discussions of human values and ethics can take place. I will consider how the machine can help elicit contradictions and provide explanations which would help the human resolve them. Moreover, I will also consider how the resulting ‘moral model’ could be used by the machine to act in novel situations.

My research interests lie in model-based Artificial Intelligence (AI). In other words, I am concerned with symbolic approaches to AI that are distinct from the concepts of machine learning and other statistical or data-driven approaches. The UKRI CDT for Safe and Trusted AI has a particular focus on these types of artificially intelligent systems and draws together world-leading experts in model-based AI. Indeed, King’s and Imperial College London are recognised throughout the world for their research quality and research outputs — particularly in this area. As a student at King’s, I benefit from state-of-the-art facilities and resources along with a dedicated team of academic and support staff which enable me to carry out my research effectively. As I form part of a cohort of students, the PhD experience is already shaping up to be significantly different from the classic interpretation of a PhD journey. Having a group of students, with similar interests and research topics, is an invaluable asset which allows one to try out ideas, get feedback, and discuss new possibilities in a relaxed environment.

After the first year of my undergraduate studies, I worked as a research intern at KCL: studying and implementing prototype blockchains with a focus on methods for inter-blockchain communication. I moved on to interrupt my studies, taking a job as the sole research analyst employed at Bacs Payment Schemes, part of the UK’s critical payments infrastructure. In 2016, I was awarded the King’s Experience Research Award for my work at Bacs, specifically on the development of a large-scale agent-based model of the UK Retail Banking Market. The agent-based modelling research at Bacs was conducted in collaboration with the University of Bristol, and during my time there I also worked on a number of other academic research projects with other institutions — including Queen Margaret University Belfast. After returning to KCL, I was awarded the Leyton Science Research Award for my final-year dissertation which suggested a novel approach for modelling information diffusion during the 2016 US Presidential Election: using a parallelised agent-based model and data collected from the online social network Twitter. 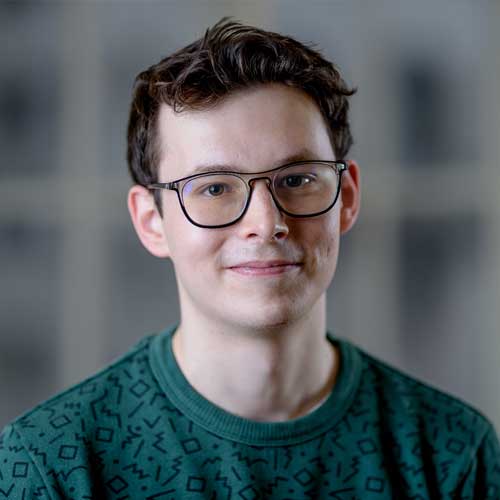 Meet the rest of the CDT Students